Ken Nagao’s first job was at the Hotel Baronette in Novi where he was a dishwasher. The hotel’s five-star restaurant served French and Japanese cuisine, catering to the clientele of Japanese businessmen coming to metro Detroit for work.

Nagao worked in the kitchen, and later as a bartender. Despite studying the hotel and restaurant industry at Michigan State University, he did not get into the food industry immediately after graduating.  He had a short career as a professional soccer player, and later worked in the auto industry. But Nagao wouldn’t be out of the food business for long.

In 1998, Sharaku, now a highly acclaimed Japanese restaurant, was just opening in West Bloomfield. Based on his experience working at the Hotel Baronette, the owners of the Sharaku asked Nagao if he would help train the staff for the restaurant’s opening.

This year, Nagao is celebrating Sharaku’s 25th anniversary, where he is now the managing partner.

Over the years, Nagao says, the restaurant has seen some difficult times. First it was the 9/11 attacks, then the 2008 recession. But it was the regulars who kept Sharaku’s doors open, and still do, Nagao says. Sushi would eventually explode in popularity, which was good for business, but Sharaku stayed true to its commitment — traditional Japanese cuisine.

Lately, Nagao says, people seem to have a new appetite for learning about food. People will still come in asking for a Las Vegas roll or fried sushi, but that doesn’t bother Nagao.

“If we fried our sushi, the people ahead of us who taught us anything, would just flip in their graves. So we can’t do it.”

Sharaku’s regulars appreciate that commitment to tradition and simplicity, from udon to sushi.

Essential Cooking is sponsored by: 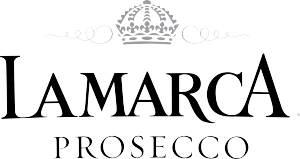