Neil Barclay, CEO of the Charles H. Wright Museum of African American History, honors Ed Love with the Lifetime Achievement Award of the Wright at the 28th Annual Concert of Colors.

Watch the presentation and read a full transcript below:

“Ed Love is a musical institution. His evening radio show, ‘Destination Jazz: The Ed Love Program,’ has been in place for nearly 40 years on radio station WDET FM.

A musician leader who ignored temporary trends to put listeners in touch with the roots and new manifestations of the jazz tradition, his deep, deliberate yet companionable voice, is familiar to not only Detroiters but also to national audiences who heard his nationally syndicated National Public Radio program “The Evolution of Jazz.” WDET served as home base for “The Evolution of Jazz,” a syndicated program that ran for 6 years on NPR and was heard on 125 stations around the U.S. at its peak. While here in Detroit, “Destination Jazz” remained one of WDET’s most listened-to programs.

Well into his sixth decade of radio, Love has been honored by the Motor City Music Foundation, the Southeast Michigan Jazz Association, the Congressional Black Caucus, and the National Broadcast Awards.

Today on behalf of the Board of Trustees, the staff, and members of the Charles H. Wright Museum of African American History, I am honored to have the privilege of bestowing the Lifetime Achievement Award of the Wright to the incomparable Ed Love. Accepting the award on behalf of Ed are his daughters Angela and Anjoinette Love and Mary Zatina of WDET.” 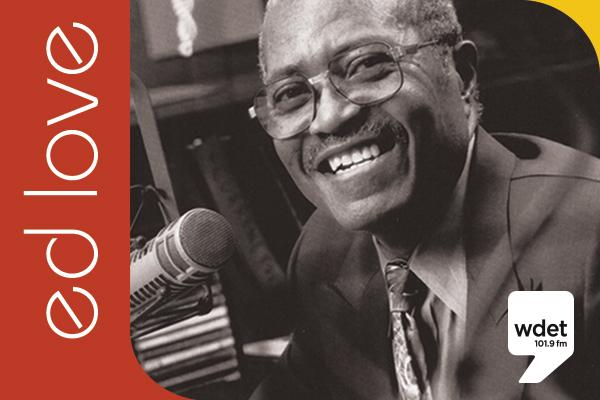