In 2012, voters in three southeast Michigan counties passed a millage to provide long-term regional support for the Detroit Institute of Arts. Those tax dollars provide about $22 million of the museum’s $32 million operating budget.

The next year, the DIA’s collection that those funds go to maintain was on the bargaining table in Detroit’s bankruptcy case. 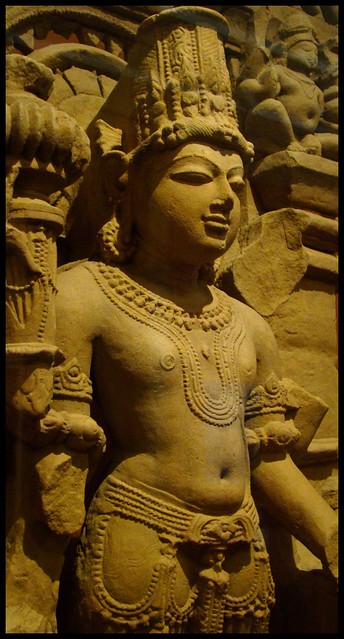 As a means to shore up a significant amount of the debt, then-Emergency Manager Kevyn Orr and his team proposed severe cuts to the pensions owed to city workers and retirees and to other financial creditors. Attorneys for those groups asked for sale of the artwork. After all, what other major assets did the city have?

Even though hundreds of thousands of voters from Wayne, Oakland and Macomb Counties had democratically and financially voiced their collective support for what’s known as one of the most impressive fine art museums, some looked at the value of the DIA’s art collection to lessen the blow to pensioners.

The public outcry was heard around the world. Questions arose: Who owns the art? What’s it worth anyway? Could the emergency manager really do that? Some of those questions were answered, some were not. But ultimately, a deal called the “Grand Bargain” was designed by southeast Michigan’s chief U.S. District Judge Gerald Rosen, who served as chief mediator in the case. The agreement would tie together the plight of the pensioners and the ongoing financial quandary the DIA faced.

As part of WDET’s series “Detroit Bankruptcy: One Year Later,” host Travis Wright is joined for a special conversation with the DIA’s Executive Vice President and Chief Operating Officer Annmarie Erickson and Mark Stryker, the long-time arts writer for the Detroit Free Press who doggedly covered the DIA throughout Detroit’s bankruptcy.

Listen as they delve deep into the technical and emotional drama surrounding the Detroit Institute of Arts throughout the proceedings, and discuss the state of the museum — and its famed collection — on the other side of Bankruptcy Judge Steven Rhodes’s monumental ruling.

This post is a part of Detroit Bankruptcy: One Year Later Series .

For a month, the Detroit Journalism Cooperative journalists will explore the impact of the city’s bankruptcy case, including its impact on people and neighborhoods and its long-term implications.

Audiences are invited to a free, community event where they can hear directly from key figures in the case and ask questions. The 6 to 8 p.m. program on Wednesday, Dec. 9 will be at Wayne State University’s Community Arts Auditorium. Learn more.

Presented by WDET in partnership with the Detroit Journalism Cooperative.

Support for this project comes from the John S. and James L. Knight Foundation, Renaissance Journalism’s Michigan Reporting Initiative and the Ford Foundation.