Democrats have hope for a much-needed win in what’s been a rough political landscape for the party.

The Inflation Reduction Act might be the most significant piece of legislation passed under the Biden administration. It aims to make prescription drugs more affordable and limit climate change, among other items.

Republicans charge the act will add to inflation, rather than decrease it, by forcing companies to enact higher prices and potentially cut jobs. In fact, the GOP plans to use that rationale as its rallying cry for candidates in the upcoming midterm elections.

But Democrats like U.S. Sen. Debbie Stabenow of Michigan call the act a win for seniors and a victory for small business owners.

Stabenow says the legislation also proves all Democrats in the Senate can actually cooperate on an agenda.

Listen: Stabenow outlines the positives included in the Inflation Reduction Act — and what was taken out.

Read excerpts below of Stabenow’s interview with WDET’s Quinn Klinefelter, edited for clarity. 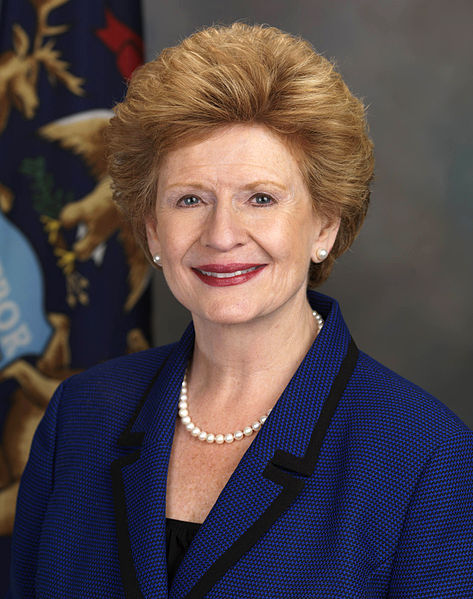 U.S. Sen. Debbie Stabenow (D-Michigan): We pay the highest prices in the world [for medications], literally about three times more than other countries. All you have to do is cross the bridge to Canada and your prescription drug prices drop about 40%. But yet, the drug companies have the highest profits in the world. And we’re seeing them putting much, much more — 10 times more — in stock buybacks than into research. This bill is going to allow Medicare for the first time to negotiate the best price. They’ve been prohibited by law from negotiating, even though they’re the largest purchaser in the country. Medicare is gonna be able to negotiate the best price, which will bring prices down. In addition, if you have diabetes, there’s going to be a cap on your out of pocket costs every month, to $35 a month, which is huge. About one out of three people on Medicare are diabetic. So this is a very big deal. And then keeping the cost increases to the rate of inflation or less. Otherwise, the drug companies will be penalized. So altogether, this is going to lower costs. And it’s about time.

Quinn Klinefelter, WDET News: It’s called the inflation Reduction Act. Some Republicans are arguing that the new business taxes in the act will force companies to raise prices and maybe cut jobs or limit creating new ones. How do you answer that?

This bill does not raise taxes on small businesses or anyone making under $400,000 a year, which is not exactly a small amount of money. But if you are a multi-billionaire and you’ve been avoiding paying any taxes, you’re going to have to pay your fair share. This is very important. We basically are tackling costs for people around prescription drugs and electric bills and other areas. And then we are focusing on climate change, which is hitting all of us right in the face. And one of the things that motivates me is that we know now the Great Lakes are warming faster than the ocean. And we are seeing all the effects around Michigan. In fact, Lake Superior is one of the five fastest warming lakes in the world, which is very frightening. This bill is going to incentivize key [environmentally-friendly] manufacturing, more electric vehicles, more solar and wind, bringing the battery production back to the United States, which is a lot of jobs. It’s going to support farmers being able to do things that will lessen carbon pollution and keep the carbon in the ground so it’s healthy soil, but not in the air. Keep methane emissions out of the air, which are very dangerous for creating greenhouse gas. We expect in the next eight years this bill is going to reduce the amount of pollution, the amount of carbon emissions, by 14%. Which is huge. So we all have to lean in on this. And this is the first major step of doing that.

I’ve heard some automakers say they fear the tax credits for the electric vehicles in particular, for those buying them, might not be as effective as some had hoped, because they depend on buying vehicles with batteries made in the U.S. And so many components are not built here right at the moment. And that could perhaps limit how much of a credit a customer can actually get. Is that a legitimate concern?

I’ve been working very closely with the automakers. So my one real disappointment is that the way this has been approached. And this is really U.S. Sen. Joe Manchin (D-West Virginia) who was a driver on this bill. He was not a supporter of electric vehicles. And basically, he designed a credit that is going to make it very difficult when it’s fully implemented for the auto companies to be able to offer that to customers for at least five years or so. So, we all want to have these batteries produced in the United States. We want to get off of any materials from China. That’s what the tax credits for manufacturing are all about. But for consumers, we’re going to see a window of next year when the consumer credits will be fully available, up to $7,500 to purchase an all-electric vehicle. But after that, once these very, very limited provisions kick in, it’s going to cause the credit to not be available for a few years.

That seems to be a phrase that comes up quite often lately, especially among Democrats. “We could have done this except for Sen. Manchin.” Or maybe [because of] Sen. Kyrsten Sinema (D-Arizona)

Right. In a 50-50 Senate where it’s basically a tie, and in this area, we didn’t have any Republicans with [the Inflation Reduction Act]. So we had to have every single Democrat. But we got it done.

The new act would not only offer different services for Medicare but also help people with disabilities. But I’ve had some disability advocates who are questioning why the home and community-based services that were initially in the Build Back Better plan were left out of the Inflation Reduction Act. Can you say why that happened?

Well, I strongly support the home and community care provisions. I’ve been a co-sponsor for years and I’m leading efforts on home health care right now. This is a situation where we could not get the support of Sen. Manchin. We needed 50 votes and he did not support putting in this package. So this is unfinished business. It definitely needs to get done. And governing and in politics it is the art of the possible. And so we’re doing what is possible. This is really, really important. Bringing down prescription drug prices for anyone who’s on Medicare, which includes people with disabilities, is really, really important. The other care provisions are also important. We’re going to have to go back and get those done at a later point.

Manchin was against home-based community services for the disabled?

He did not want to include it in this legislation.