WDET’s CuriosiD series answers your questions about everything Detroit. Subscribe to CuriosiD on Apple Podcasts, Spotify, NPR.org or wherever you get your podcasts.

In this episode of CuriosiD, listener Angela Hart asks…

“What happened to the swimmobiles in Detroit?”

Swimmobiles are portable pools that became popular in some parts of America in the 1960s. Detroit got its first swimmobile in 1968. It was 30 feet long and resembled a rail car with the top cut off. As part of a program run by Detroit’s Parks and Recreation Department, the swimmobile was carted around to neighborhoods for kids to swim in. At one point, the city had as many as six of them. The program ended in the 1990s due to changes in pool filtration standards and a lack of funding to convert the swimmobiles to meet those standards.

The concept of the swimmobile appears to have been invented in the early 1960s in New Jersey as part of a collaboration with the YMCA. It’s a little unclear who exactly invented it, however.

An article published in the Central New Jersey Home News on July 25, 1962 credits H. H. Buel, the president of a trucking company known as Eastern Motor Dispatch, with coming up with the idea for the YMCA of Eastern Union County in Elizabeth, New Jersey. His swimmobile is described as an Eastern Motor Dispatch flatbed truck with a rectangular tank (8 feet by 20 feet and 4 feet deep) mounted onto the back.

But then an article published more than a year later on September 23, 1963 in Massillon, Ohio’s paper, The Evening Independent credits Jerry Croushore, the associate general secretary of the Eastern Union County YMCA, with conceiving of the swimmobile.

As if that weren’t enough, Frank J. Schweighardt, the director of the YMCA in South Bergen, New Jersey, is said to have come up with the idea of the swimmobile in an article published by The Baltimore Sun on July 20, 1967. Schweighardt’s pool is fiberglass and 25 feet by 8 feet, a little longer than the ones attributed to Buel and Croushore, but the same depth, 4 feet. It’s likely that Schweighardt did not invent the original swimmobile but he may have come up with this evolved model.

Throughout the 1960s, cities outside New Jersey began getting their own swimmobiles including Scottsdale, Arizona; Edmonton, Alberta; St. Louis, Missouri; and Rochester, New York (as documented in newspapers in 1964, 1964, 1965 and 1967 respectively).

Detroit debuted its first swimmobile in July 1968.  The 30-foot long vessel was similar to the one designed by Schweighardt — it looked like a rail car with the top cut off or the kind of dumpsters that can be rented to haul away debris.

Detroit’s swimmobile made national news as photos of it were published in newspapers across California, Louisiana, Texas and more. The headline in one paper, the Wisconsin State Journal, read: “Swimmobile Brightens Ghetto Summer.”

The portable pool arrived in Detroit a year after 1967, when the city experienced five days of civil unrest within the Black community. It was donated by a local TV station – WJBK Channel Two.  Additional funding came from the federal Model Cities program, which was part of President Lyndon Johnson’s war on poverty.

Soon the city had as many as six of them. Each week, residents could find out where they were by tuning into the news or calling the Parks and Recreation Department, which ran the program. The empty pools were carted around by trucks to neighborhood schools or streets that got blocked off. Once parked, the pools were filled up with water from fire hydrants. The process of filling a pool took about an hour and included 10 minutes of first pouring off rusty water that had been sitting in the pipes. There was no filtration system but showers and soap were provided in an auxiliary mobile unit.

Parks and Recreation staff – usually college students – watched over the children as they swam. Carmen Solis-Crowley worked for the department in the summer of 1975 after her sophomore year of college. At the time the city boasted more than 40 public pools in its parks, recreation centers and schools, but Solis-Crowley says there were still plenty of neighborhoods that didn’t have access to built-in swimming pools or other amenities.

“That was the main purpose of having them,” she says, “to give some recreation to the different neighborhoods in the city.”

What happened to Detroit’s swimmobiles?

But by the mid-1970s, funding for Detroit’s swimmobiles was threatened. Federal funds began drying up under the Nixon administration. And within the city itself, manufacturers and Detroit’s mostly white tax base continued to move to the suburbs or further afield resulting in increasingly large budget deficits.

By the 1980s, the city still had six swimmobiles, but it only had funding to operate four of them. And instead of being used for 18 weeks they were taken out for just six. By the 1990s, Detroit’s parks and recreation budget was cash-strapped. Some community centers had to close,  playgrounds stopped being maintained and the swimmobile program came to an end. The program’s demise was caused by a lack of funding combined with the fact that swimmobiles didn’t have a filtration system.

“Health department standards had changed, as far as filtration in pools. The filtration system had to turn the water over so many times per hour,” says Keith Flournoy, the Deputy Director of the City of Detroit’s General Services Department, in charge of the Recreation Division. “What I understood at the time is that it was cost-prohibitive to try to upgrade those swimmobiles.”

Could Detroit bring back the swimmobile?

Flournoy says he remembers seeing a swimmobile in storage around 2003 either on Belle Isle, which was under the city’s jurisdiction at the time, or another Detroit park. Though he can’t recall exactly where he saw it, Flournoy says he’s 99% sure the swimmobile is no longer in the city’s possession.

“I’m pretty sure it no longer exists in any of our inventories,” says Flournoy. “I don’t know where it would be stored at.”

Flournoy says purchasing new and improved swimmobiles is not in any of the city’s immediate plans and the decision to do so wouldn’t be up to him. He thinks the issue would need to be taken up by City Council or the mayor’s office, or perhaps the people of Detroit. Flournoy says someone asks him if the city is going to bring the swimmobile program back at least once a year. 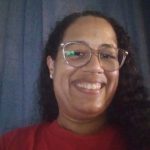 Angela Hart is a dental hygienist living in Melvindale who grew up in Detroit. She remembers seeing a swimmobile at the library on West Grand Boulevard in the mid-1970s but her mom never let her go in.

“She didn’t trust it. It probably wasn’t the most sanitary thing. But it looked like it was a lot of fun!”

Hart did however get to experience the joys of playing in a fire hydrant. Detroit’s Parks and Recreation Department used to convert them into giant sprinklers for kids on hot summer days.

We want to hear from you!

For an upcoming episode of CuriosiD, we want to know what questions you have about the Nov. 8 elections and Michigan’s election process. Call 313-403-5747 and leave us a voice message or record a voice memo on your phone and email it to CuriosiD@wdet.org. You can also fill out our survey by Aug. 24 by clicking here. We might include your comments in a future CuriosiD episode!

Have a general question about Detroit? Ask us here.