As part of Immigrant Heritage Month, Global Detroit’s Common Bond program is hosting Fiber Optics, an exhibit created by diverse women from Hamtramck and Detroit to showcase textile arts. The exhibit will kick off Saturday with special events throughout the month at Oloman Cafe & Gallery in Hamtramck.

The exhibit brings together the lives of Common Bond’s Muslim Ladies Social Club, featuring the work of immigrant and non-immigrant women who share stories of culture and community as Muslim and non-Muslims.

Global Detroit Director of Economic and Corporate Strategy Gracie Xavier works with immigrants, small businesses and neighborhoods on housing and stabilization to build community across cultures.

“Our stories aren’t always the same, but places like textile or the arts or food are places we could connect and learn,” Xavier says. “One of the things that women really want [are] spaces to connect with other women, a safe place.”

Xavier has a background in social work and community art. She says it’s important for organizations to have cultural competency in the communities they serve.

“For me as a Haitian American, it’s always important that voices like mine in the community of women that I serve are heard and celebrated,” Xavier sys. “My background in art has always helped me to learn to use the creative tools like cooking and music and dance, which I think transcends any culture to connect people.”

Xavier says Global Detroit was working in Southwest Detroit and Banglatown when they realized they weren’t reaching everyone.

“We weren’t really connecting to a lot of immigrant women in the community. And so we wanted to find ways to engage with immigrant women so that we can learn what are some of their challenges or their needs.” 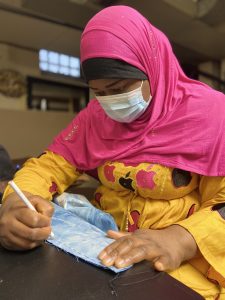 In 2018, they piloted the Common Bond program with Women of Banglatown to connect diverse women through textile art. In 2019 the group received a Doris Duke Foundation for Islamic Art grant to expand the program to the Brightmoor neighborhood, and to focus on connecting Muslim and non-Muslim women.

They worked with community organizations like the African Bureau for Immigrant and Social Affairs and Detroit Public Schools Community District. The program added an ESL component and entrepreneurship training.

The unity quilt is one of the items that will be featured in the Fiber Optics exhibit.

“Real community engagement is a slower moving train than then what we’re accustomed to, and it does take a long time to actually do active intentional listening to build trust,” she says. 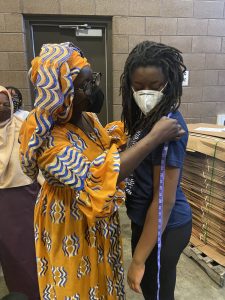 Xavier says working across cultures, communities and neighborhoods requires bringing people together to talk about similarities and differences.

“Natural anxieties exist when communities are new and bumping next to each other,” Xavier says. It’s important to “create safe spaces where people can connect together from different backgrounds so that we can start sharing and connecting and collaborating and creating together. The more we started working together, the more we realized how similar some of our stories were.”

The exhibit at Oloman Cafe & Gallery in Hamtramck will feature screen printing, felting and quilting. There will be portraits of the women artists and a documentary film of their work.

“People can come in and speak to the Bangladeshi women and how they do quilting, and learning how quilting shows up in the different cultures while elevating and teaching the women even more about African American culture.” 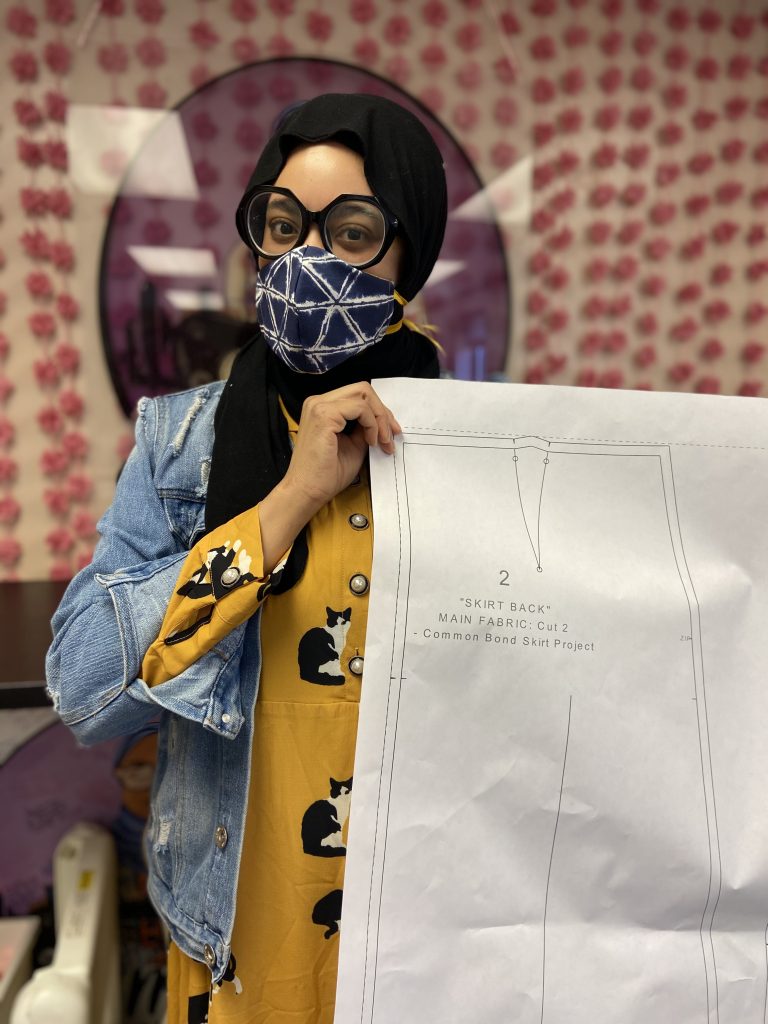 Xavier says it’s an opportunity for people to meet the women and learn their stories.

“There’s a lot of invisible communities in our neighborhoods. There’s a lot of voices that we’re not hearing if there’s not spaces created for them to be heard,” she says.

All photos by Piper Carter

A panel discussion with the women of Common Bond, the Great Lakes African American Quilters Network and the African Bureau of Immigrant and Social Affairs