Detroit is hiring plumbers to help flood-prone neighborhoods in the city.

Homeowners and landlords in eligible properties that regularly flood in Detroit can apply for a new program and get up to $6,000 for home repairs through the Basement Backup Protection Program. The city will hire plumbers to install sump pumps and backwater valves that can prevent sewage overflow during heavy rain.

The first phase will focus on the Aviation Subdivision and Victoria Park. Mayor Mike Duggan says the two neighborhoods were hit hard during last summer’s floods.

“Even though we had what was supposed to be a once in a 100-year storm, it’s becoming clear to us that with climate change, we can’t tell you that it’s not going to happen again and again. We’ve now had our two biggest storms eight years apart,” Duggan says. 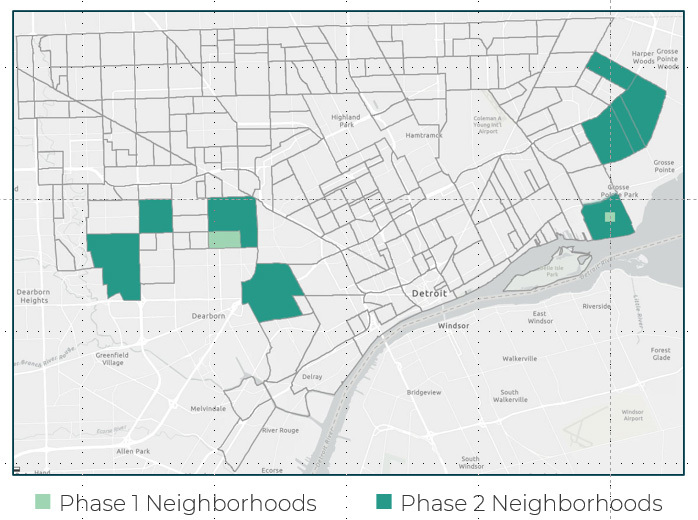 Duggan says an overhaul of the city’s sewer infrastructure could take years. But the city needs a solution now.

“We are assuming that climate change is going to give us challenges we have not seen before,” he says.

Gary Brown, director of the Detroit Water and Sewerage Department, says it’s unclear how the city will secure all of the $15 million needed for the program. But the pilot project will use more than $2 million in federal funding from the American Rescue Plan Act.

“There are lots of buckets of money that plan to come out of Washington and through the state, but we’ll figure it out,” Brown says.

Eight plumbing companies are being considered for the program, Brown says, and five are Detroit based. City officials say about 600 homes qualify for the first round of repairs.

Detroit got nearly 6 inches of rain last June and the flooding was so widespread President Biden declared a major disaster. City Councilmember Latisha Johnson, who is promoting the Basement Backup Protection Program, says she saw the damage firsthand.

“I was in the thick of campaigning during the time and didn’t encounter one neighborhood that hadn’t experienced a backup in the basement,” she says.

Repairs are scheduled to begin this spring. After the first phase, officials plan to expand the Basement Backup Protection Program to other flood-prone areas. Contracts still need approval from Detroit City Council. Phase 2, slated to begin this summer, will be in Barton-McFarland, Chadsey Condon, Cornerstone Village, East English Village, Garden View, Jefferson Chalmers, Morningside, Moross-Morang and Warrendale. The city says these neighborhoods were selected based on DWSD service requests for basement backups and claims.