A winter storm is moving up from the south and bringing lots of Gulf moisture with it, setting up Southeast Michigan for one of the biggest snowstorms in years. 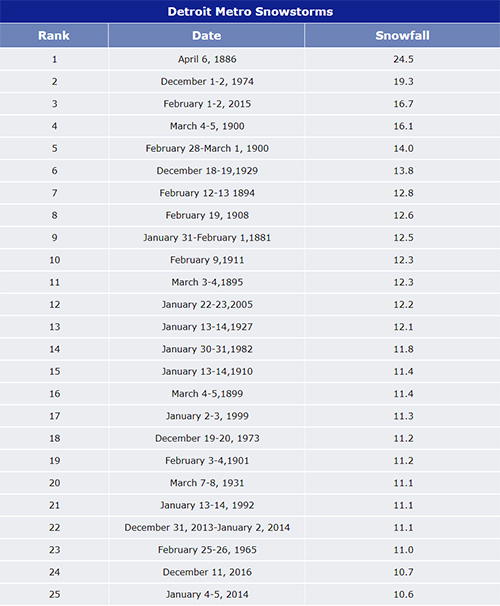 The snow will start Wednesday morning and last until late Thursday. When it’s over, the region could be blanketed with well over a foot of snow.

Meteorologist Trent Frey, with the National Weather Service in White Lake, says they’re predicting 8 to 12 inches of snow for Oakland and Macomb Counties and 12 to 16 inches for Detroit, Ann Arbor and areas south.

Frey says driving will be very difficult once the snow starts to fall.

“So the impacts of this will be travel will likely be very difficult at times through Wednesday and Thursday especially during the commuting hours,” Frey says.

Snowfall rates could reach 1 inch per hour on Wednesday.  After the snow stops, arctic air will move in and drop highs into the teens with lows around zero.