Dearborn’s mayor Abdullah Hammoud and other elected officials were sworn in over the weekend. Hammoud made history as the city’s first Arab American and Muslim mayor.

Two imams and a reverend opened prayers to begin a historical swearing-in ceremony Saturday at the Ford Community and Performing Arts Center.

But the focus of attention during the event was new mayor Abdullah Hammoud.

“We’ve modeled for the world what a multi-ethnic democracy can look like when we approach our differences with kind curiosity rather than suspicion,” Hammoud says.

The event had just a few special guests because of the pandemic. It was made available via livestream for the public. Imam Suleiman Hani of the AlMaghrib Institute opened the ceremony with prayers and recognition of COVID-19.

“Our Lord grant us not only great leadership in our cities and organizations but guide all of us as residents to be righteous and upstanding as well. We ask you, our Lord, to protect our old and young in their spiritual health, their mental health and their physical health, and to heal us from this pandemic,” Hani said.

Dearborn is home to the largest concentration of Arab Americans per capita in the U.S. It’s also the home of the Ford Motor Company.

Devon O’Reilly, son of former mayor Jack O’Reilly, made remarks on behalf of his family. He says they are excited for the new changes in the city.

“My family and I have incredible optimism for the future of Dearborn, led by Mayor Hammoud, his administration, and our dedicated City Council. It’s truly an exciting time to be a Dearbornite,” he said.

Robert Abraham was re-elected as a city council member. He’s served on the council for 20 years. Abraham, who is Lebanese Christian, says it hasn’t always been easy running as an Arab American candidate.

“I was elected that November in the wake and the emotion of 9/11 and began to serve here as your councilman since then,” he reflected.

It was the same year that attorney Abed Hammoud ran and lost a bid for mayor. His son Mustapha Hammoud was sworn in as a city council member on Saturday.

For many, the election results represent a new tide in residents’ political attitudes toward Arabs and Muslims in the city.

During his remarks, Mayor Abdullah Hammoud encouraged Dearborn residents to get involved in the city’s governance.

“We want you to be active participants in shaping our future of our city, co-governing side-by-side, for no single person can change the direction of our city. We must all do it together – for together we can, and together we will,” said Hammoud. 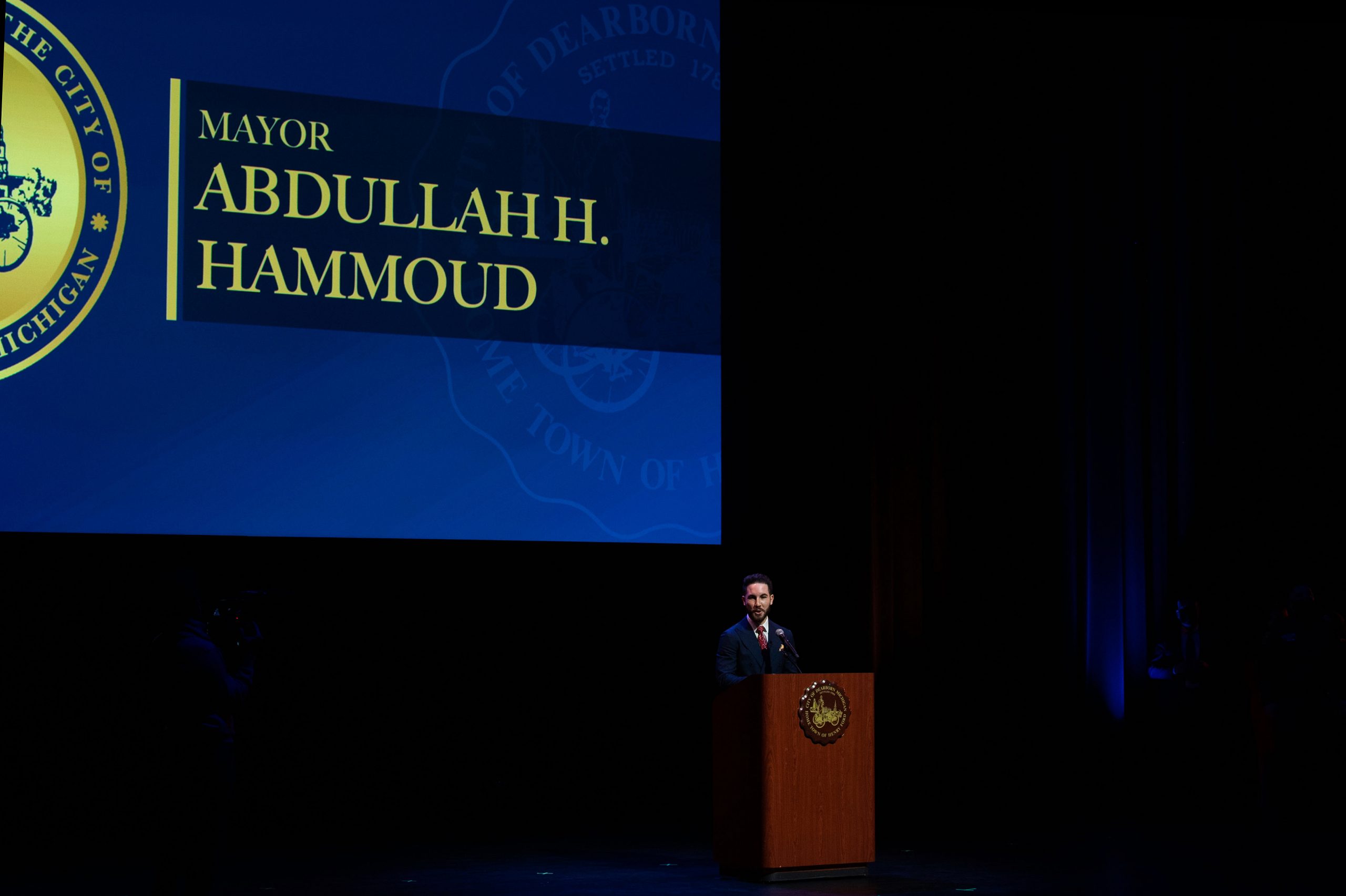 Hammoud, who formerly served as Dearborn’s state representative, ran on issues of social justice, police reform and fixing the infrastructure problems that led to historic floods in the city over the summer.

“And as we prepare to tackle 100-year challenges, such as catastrophic flooding, we will think not just about our residents today, but also the residents of tomorrow, working to preserve and better the assets of our Dearborn community for generations to come,” he said.

Hammoud says it’s time for the city to get to work.

All photos by Stela Zaharieva