Farmington residents now have the opportunity to get more localized news.  Metromode is reporting on the city as part of its “On The Ground” project.  The website focuses on suburban communities around Metro Detroit.

Jenn McKee is the editor of the Farmington project.  She says the idea is to give more people insight into the community.

“It’s an attempt to focus locally on the town itself,” says McKee, “to give not only the people who live there a stronger sense of the town’s identity.”

McKee both lives and works in Farmington.  That’s one of the reasons she decided to take the opportunity to write about her city.

“It’s a neat way to find out more about the place I’ve really come to love a lot,” says McKee.

McKee’s first story was about the spirit of Farmington.  She talked to the mayor and business owners about what the essence of the city is – what makes it distinctive.

“There’s racial diversity.  There’s economic diversity.  But there’s also this real sense that people who live there and spend time there really want to know each other and interact with each other.”

McKee will write stories on Farmington though the end of January.

WDET and Metromode are working together to tell more stories about Metro Detroit through the “On The Ground” series.

Click on the audio player above to hear an interview with Jenn McKee.  You can read the “On The Ground” stories here.

Jerome Vaughn is News Director at 101.9 WDET. His interest in news reporting began when he was five years old, after his mom bought him a yellow Panasonic ball and chain radio. 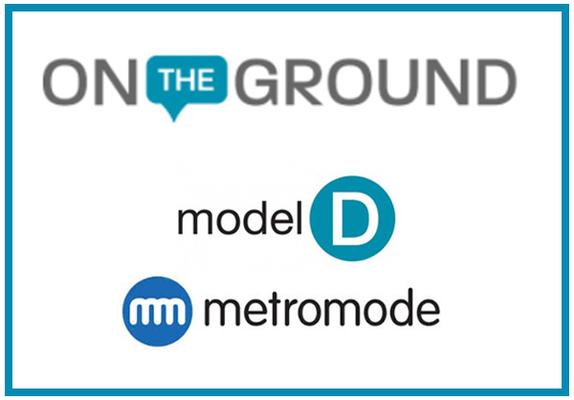 This post is a part of On The Ground.

This story is a part of a partnership between WDET and ModelD/Metromode’s On The Ground series, which focuses on deep, embedded reporting in neighborhoods and cities throughout the region to bring stories of ordinary people doing extraordinary things to make their communities better. Find more stories in the partnership here.