Several Metro Detroit communities facing a boil water advisory may have to wait until September to use their tap water normally again after a critical water main broke on Saturday. It impacts more than 100,000 residents in communities like Rochester, Imlay City and Shelby Township.

The Great Lakes Water Authority says repairs and testing have been delayed by an additional week as the system waits for a replacement pipe to be manufactured.  An inspection found more damage to the pipe, requiring the acquisition of additional lengths of the water main, the authority said. 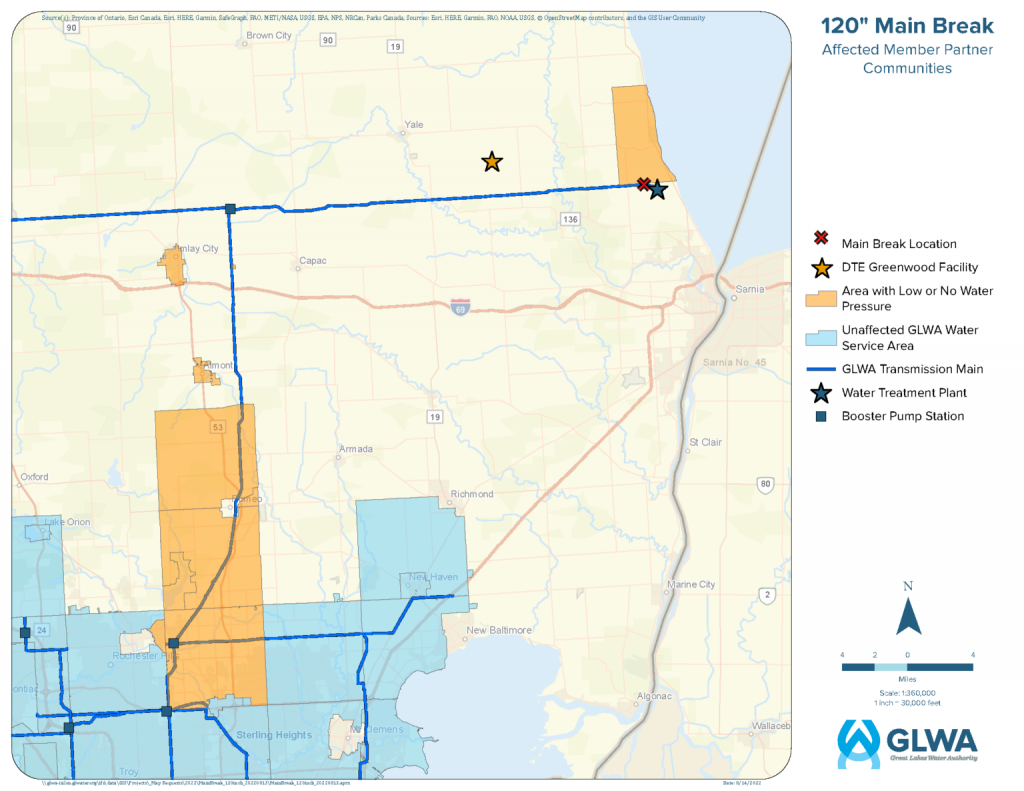 Cheryl Porter, chief operating officer for the regional water authority, says it’s unclear how long it will take to fix the pipe.

“We’re going to continue to work and prep and get as far along in this repair as possible, but I don’t know what’s going to happen. Something can happen during the pressure testing, and we will have to work through those as we continue with this repair.”

Officials say repairs could cost between $1 and $2 million. Gov. Gretchen Whitmer declared a state of emergency for affected counties on Sunday, allowing communities to access state resources to help deal with water issues.

Sue Coffey, the CEO of the regional water authority, says there is a program to check the integrity of Metro Detroit’s drinking water infrastructure but it’s a lengthy process.

“It’ll take us decades to get through all that pipe, but looking at the pipe and saying OK, some of these large diameter pipes are high priority, they’re queued up to be done in the first segments of this program.”

“We are a governmental entity and this was an unforeseen circumstance. In those circumstances, … the charges would go back to the users of the system.”

Coffey says the water main that broke in the middle of a rural area was installed in 1973. She says those types of pipes are expected to last 50 to 100 years. The water authority is still investigating what happened.

Coffey says she’s not sure if the nearly 50-year old broken pipeline has ever been inspected before. On a 2018 report card from the American Society of Civil Engineers, Michigan’s drinking water infrastructure scored a dismal D.

GLWA is asking homeowners in all seven impacted communities, as well as Macomb Township and Chesterfield Township to refrain from watering their lawns until the repair has been completed. The seven communities are: Almont, Bruce Township, Burtchville Township, Imlay City, Rochester, Shelby Township and Washington Township.