It looks like every other garage on the block in this quiet Dearborn neighborhood, but multidisciplinary artist Daniel Michelsen is using his a little differently.

“This is where all the magic happens in here,” says Michelsen.

Michelsen has worked in ceramics in the past but is mainly focused on woodworking right now, making furniture and tables that he hopes can become heirlooms for anyone who might purchase them.

“Being that I’ve moved around in the last few years, it’s hard to have my kiln with me at all times and running and functioning at full steam,” says Michelsen, “so wood and resin has been a good replacement to fill that void. Now I’m starting to actually mix the two mediums together and take it in a new direction.”

He’s figured that new direction out in his two-car garage, which he’s completely transformed into his artist studio.

“This is where the creativity comes out and where I bring to life the visions that I see in the clay, the wood and the resin that I work with,” says Michelsen.

He doesn’t park his car here anymore, except for his 3-year-old daughter Savannah’s electric kids car. It’s a reminder that this space is no doubt a domestic space that Michelsen has made the most out of. That’s a common thread that runs throughout his artistic practice.

“I’m drawn to the natural elements and the natural things that are out there,” says Michelsen.

By bringing his art practice into his backyard, it didn’t take long for his neighbors to notice they had an artist next door.

“None of my neighbors took very long to figure out what was going on over here, hearing saws early in the morning and late at night,” laughs Michelsen.

One of those neighbors is Heather Adamczyk, who nominated Michelsen for WDET’s Artist Next Door project.

Adamczyk grew up with an artist for a father, so she might have an eye for spotting creatives on her block. Her dad is David Barr, who designed the massive arcs that make up the labor monument in Hart Plaza in downtown Detroit. It’s called “Transcending.”

Adamczyk says it was a simple decision for her to recognize the work that Michelsen was doing in his backyard by nominating him for the project.

“Because we love Dan and we love his daughter Savannah. And I know it’s been a struggle the past year with the pandemic, so that I’d help them have a little kick,” says Adamcyzk.

That act of kindness from a neighbor comes at a time when Michelsen is making a huge transition in his life.

The pandemic wiped out a lot of his work managing the sales side of a fine art business, so he’s decided to give it a go himself as a full-time artist. That’s why a studio space in the garage has become so handy.

“It’s been a rocky roller coaster. It’s been fun, but it’s definitely challenging,” says Michelsen. “I took that opportunity to take that jump and work towards it.”

Michelsen says that the decision to make that leap has already been a rewarding one.

“I want to do it on my own. I want to be able to manage my own self and my own future with what I love doing,” says Michelsen. “A lot of people do what they do to make a living. I want to do what I do because I love it and make a living from it.” 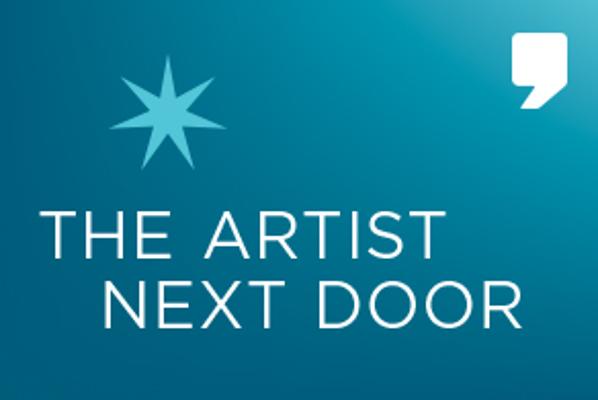