Ed Love was honored for his 60 years of broadcasting, including nearly four decades at WDET, in an official State of Michigan Special Tribute.

Love was praised for bringing jazz to generations of listeners in Detroit and beyond.

Read the tribute in full:

LET IT BE KNOWN, That it is a distinct privilege to celebrate Edward Love’s more than 60 years in the broadcasting industry. He has served as the host of WDET’s beloved Destination Jazz… The Ed Love Program for over 40 years. His distinct voice and passion for music warmed the hearts of all his listeners.

Ed was born in Parsons, Kansas, but considers Detroit his second home. Music played an incredibly large role in Edward’s life. Both his parents were passionate about various genres of music and they passed that on to Ed as well. Ed began playing the trumpet in grade school and continued throughout college. After graduating from Junior College, he decided to further his education at Pathfinder Broadcast School, where he graduated at the top of his class.

In 1951, Ed joined radio station KIND in Kansas, marking his first official broadcasting job. He took a short break from KIND radio station to join the United States Air Force during the Korean War. During this period, he would serve as an armed services radio staffer in the Philippines. Following the end of the Korean War, Ed returned to KIND radio station. However, in 1959, he suffered a terrible case of pneumonia that led him to make the decision to move to Detroit so that he could recover under the care of his relatives. Discovering the very diverse musical landscape of Detroit and what it had to offer, Ed decided to make Detroit his permanent home and put his love for jazz music to work.

In Detroit, he worked at many different radio stations, meeting diverse groups of people and mentoring many during his lengthy career. Some of the notable stations include R&B stalwart WJLB, WQRS in classical jazz, and WCHD, later renamed WJZZ. He has been the host of WDET – Destinations Jazz… The Ed Love Program since 1983 and has gained quite an audience since its start. He was the recipient of numerous awards for his dedication to spreading jazz music throughout the city of Detroit and won the Spirit of Detroit Award twice, Jazz Hall of Fame Legends of Jazz Award, Detroit Jazz Guardian Award, and many other awards. Ed’s drive for jazz music inspired many to follow in his footsteps and has brought much joy to all his listeners in the city of Detroit and beyond.

IN SPECIAL TRIBUTE, Therefore, this document is signed and dedicated to Edward Love for his commitment to bringing the beauty of jazz music to the people of the city of Detroit and beyond. On behalf of the State of Michigan, we thank him for bringing joy to the community through his love for music. 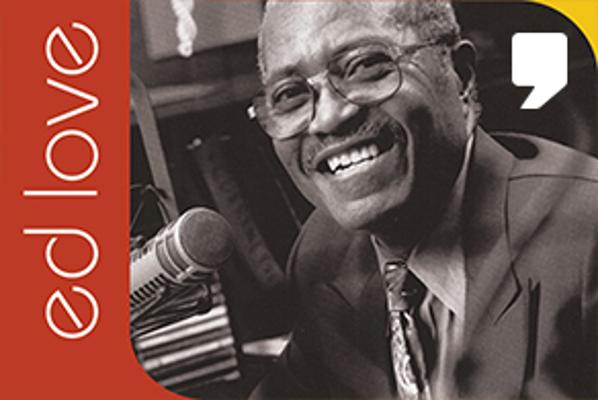