More people than ever are becoming caregivers for ill parents and loved ones.

Often this huge responsibility comes when a parent is elderly and their children are middle-aged. However, some people find themselves thrust into the role of the caregiver when they’ve hardly had time to become an adult themselves.

That’s the situation that one millennial Detroiter found herself in when her father had a debilitating stroke. Angelena Taylor was attending college to become a teacher when her father, Ben Taylor, had a sudden stroke which left him partially paralyzed and unable to walk.

Taylor says she came home from work one day to find her father unable to speak or move and immediately called 911.

“My mind was racing,” she says. “I was afraid to lose him. I lost my mom when I was in high school, [my dad] is my only parent left.”

“How far are you willing to go for the ones you love? How much you have to fight to get your loved ones’ needs met?”  — Angelena Taylor, caregiver

For Taylor, there was no choice in what her next step would be. Her love for her father meant that she would do what was necessary to take care of him, even if that meant putting parts of her own life on hold.

“Being in the caregiver position [means] your patience is tried, you’re tested on a regular basis,” she says.

In the years since her father’s stroke, Taylor has earned her master’s degree and even won the crown of Ms. Midwest Captivating 2020.

Taylor and her father’s unique journey together is the focus of an episode of a new podcast called “Tight Knit“ from the Ralph C. Wilson Foundation. The audio series documents the reality of caregiving in today’s world from the perspective of those who are most affected.

Click the player above to hear CultureShift’s Amanda LeClaire speak with Taylor about how her life has changed since becoming her father’s caregiver.

Amanda LeClaire is Host of CultureShift and is a founding producer of both of WDET’s locally-produced daily shows. She’s been involved in radio and the arts in Detroit for over a decade. 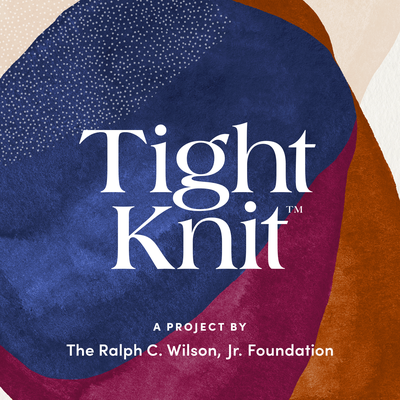 This post is a part of Because We Care.

"Because We Care" focuses on caregiving in metro Detroit.

Supported by Tight Knit, an initiative of the Ralph C. Wilson Foundation.