In 1967, Bill Williams was a teenager living with his extended family not far from the intersection of 12th Street and Clairmount Avenue. His mom, uncles and grandparents had pooled their money to purchase the house. He remembers it being a big step up from the farmhouse he’d lived in near Tiger Stadium.

In this episode of the StoryCorps Detroit podcast, Williams tells his friend Cindy Muñoz about the destruction he witnessed living so close to what he calls “the riot.” He remembers neighbors guarding firefighters with rifles, finding bullet holes that went through brick, and that the soldiers his grandmother made him bring pop to were anxious but nice.

At one point Muñoz asks Williams about the legacy of 1967, and in his response he says, “It seems fewer of us make it now.”

Click on the player at the top of this page to listen to this episode of StoryCorps Detroit. You can also subscribe wherever you get your podcasts.

Laura Herberg is a Community Reporter for 101.9 WDET, telling the stories about people inhabiting the Detroit region and the issues that affect us here. She has reported since 2010 without owning a car.

Sascha Raiyn is Education Reporter at 101.9 WDET. She is a native Detroiter who grew up listening to news and music programming on Detroit Public Radio. 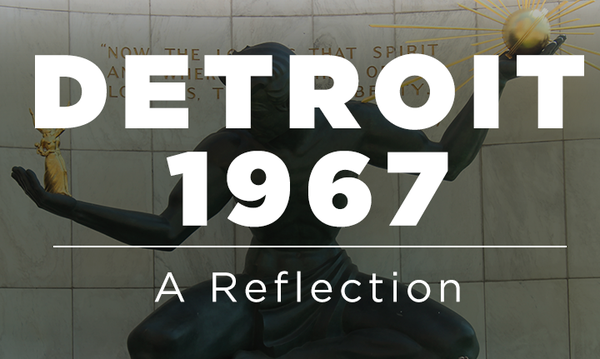