Learn how to vote and deadlines leading up to the Nov. 3rd election here.

Mike McMacken is one of a growing number of Michigan residents who have sent cash to Libertarian Presidential Candidate Gary Johnson this election cycle.

“I like his message. I think he could have used the money because he’s not a well-known candidate and I side with his views,” McMacken says.

The Royal Oak resident’s money helped push Michigan to 10th among the 50 states in the percentage of individual campaign contributions going to third-party candidates, according to Federal Election Commission records.

The funds are a small fraction of what Hillary Clinton and Donald Trump have raised and spent. But as of a few weeks ago, Candidate Johnson had already raised 20 percent more from Michigan residents than he did for his campaign four years ago.

Wayne State University Political Science Professor Marjorie Sarbaugh-Thompson says there are three reasons for Michigan’s place as the only Midwestern state in the top donors to third-party candidates this year.

First, Michigan has a strong tradition of independent voters who split their votes between the two main parties and do not claim a party allegiance. Second, Michigan’s more moderate Republicans do not like what they see at the top of the ticket this year.

And third? “There is still a fairly high level of disillusionment of voters in certain areas of the state, in certain industrial sectors of the state. There’s a lot of sentiment that neither party has delivered,” she says. “So some people may be looking for some other alternatives and some way to express that frustration with the two major parties.”

Nationally, Michigan and New Hampshire are the only states in the top 10 outside of the West in percentage of individual contributions to third-party candidates.

In Utah — the state that’s tops for these contributions to third-party candidates — the donors are reflecting their heritage, says Tim Chambless, associate professor of political science at the University of Utah,

“The Utah electorate historically is fiercely independent. It maybe is part of our history, the last century and a half of people who left the Old Country or left previous places and moved out to the Rocky Mountain west, regarding themselves as fiercely independent rugged individualists and are willing to think and act independently,” he says.

Plus, Chambless says, residents of his generally conservative state do not like either of the top ticket choices in Hillary Clinton or Donald Trump. “Utah voters, who consider themselves patriotic, who want to vote, are looking at alternatives,” he says.

“Simply with this campaign, I’m not really not too happy with the two-party system I believe people should know that there’s another option out there. So I have him money so he could run more ads,” McMacken says.

Whether these dollars and the air time they fund translate to votes will be determined on Election Day.

This post is a part of 2016 Elections: Issues & Candidates.

You take voting seriously, and so do we.

Find WDET's coverage of the 2016 presidential and Congressional races as well as state legislative offices. 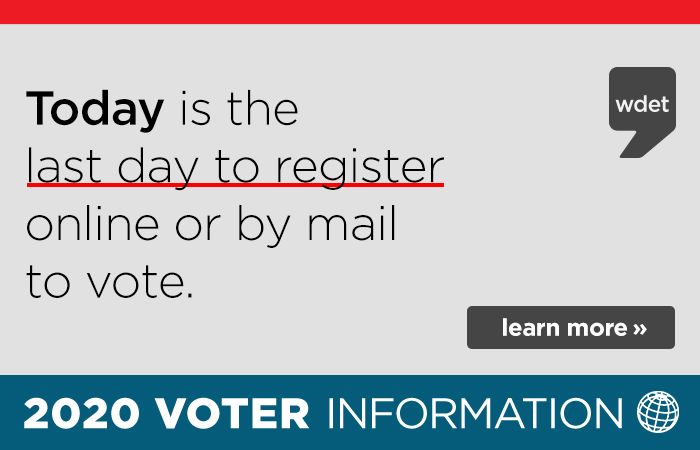