Now is the time to give!

This Spring, WDET’s goal is to raise $325,000 by March 21st and have no program-interrupting fundraising. Join Team DET and help us reach the goal by doubling your donation today. 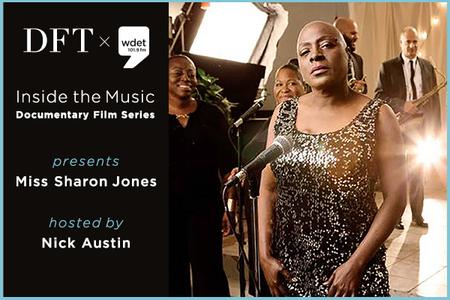 WDET is offering tickets to the 7 p.m Wednesday screening. Tickets available at the door!

Barbara Kopple’s unforgettable 93- minute documentary is about the tight-knit working band Sharon Jones and the Dap Kings, during a year-long hiatus when Jones underwent treatment for cancer in 2013. Miss Sharon Jones! follows the singer through her recovery, and her glorious return in 2014, with the release of a Grammy-nominated album Give the People What They Want.

“The film’s real success lies in having Jones as its primary subject, and that’s because she’s a wickedly funny force of nature.” –Roger Ebert