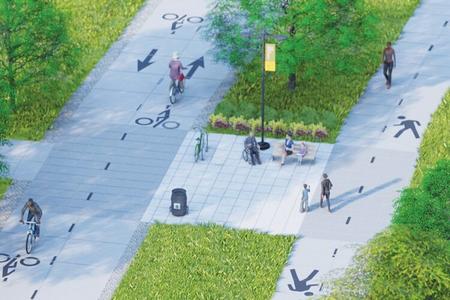 Annamarie Sysling will give us the 411 on the greenway movement in Detroit, as more oases of nature are planned to come to fruition throughout the city.
The latest is the Joe Louis Greenway, named for the world-famous boxer from Detroit. Plans for the greenway rolled out in March 2021, for a 27.5-mile biking and walking trail from Detroit’s Riverfront through Metro Detroit cities, such as Highland Park, Dearborn and Hamtramck. It will also feature connectors to current popular greenways, including Dequindre Cut, sections of the Detroit RiverWalk, the Iron Belle Trail, and the May Creek Greenway.
Annamarie will be joined by Belle Isle Conservancy President & CEO Michele Hodges, Todd Scott from the greenways coalition, and Will Smith, CFO of the Detroit Riverfront Conservancy, to get a closer look at Detroit’s greenways and answer your questions!