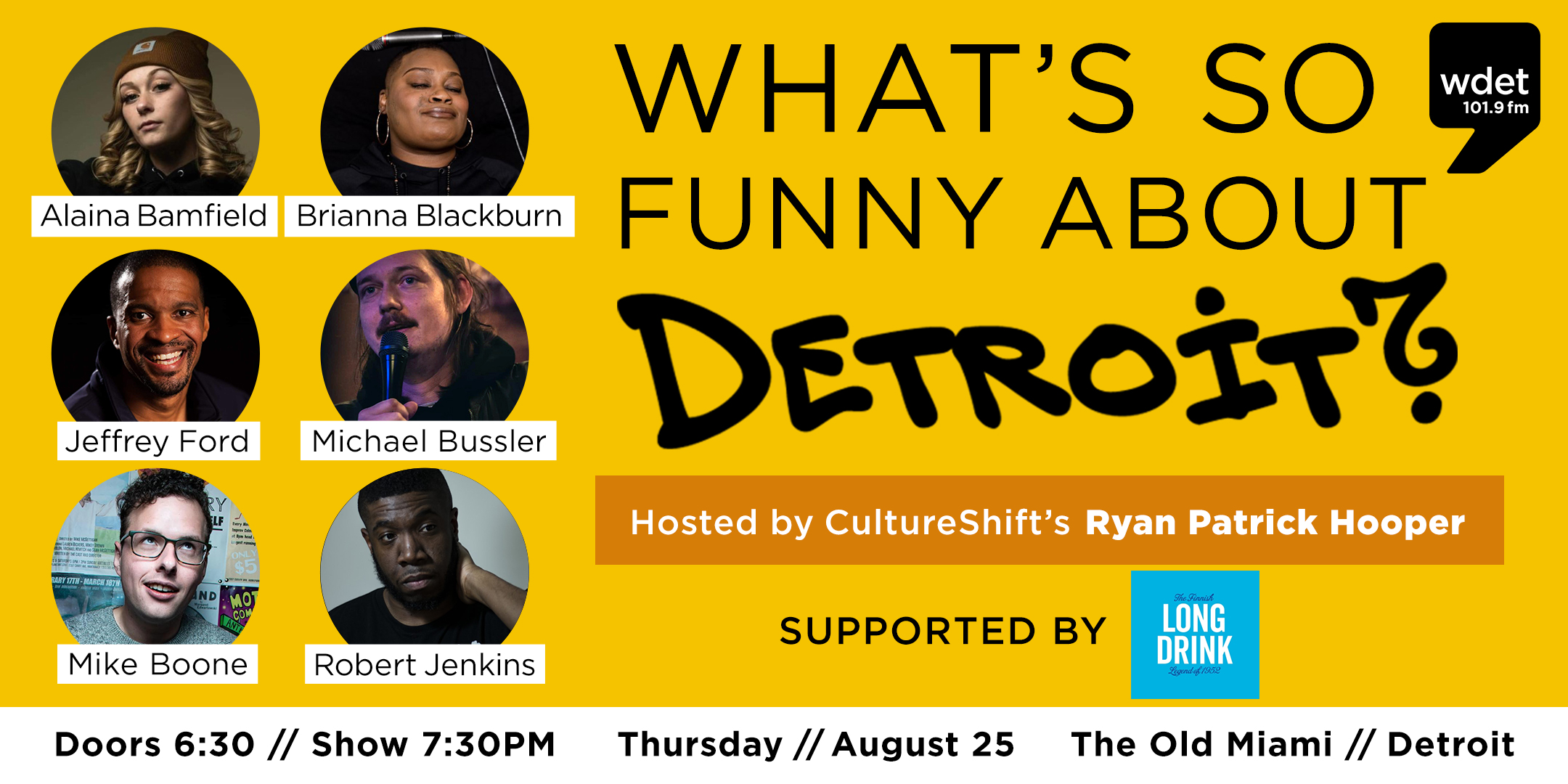 Tickets are $25 per person. Tickets can be purchased in advance online right here. Walk-up ticket sales at the venue are available *if the event is not sold out*

This event will be held in the gorgeous backyard of the Old Miami. Please dress appropriately for the weather. In the event of rain or severe weather, this event will be canceled and your tickets will be refunded.

This event is BRING YOUR OWN CHAIR and/or BLANKET. Think of it as a comedy picnic in Old Miami’s gorgeous backyard. A food truck will be on site selling food (food truck to-be-announced).

Robert Jenkins combines his quick wit and sharp words with a disarming delivery to leave you wondering if you just heard what you thought you heard. A Detroit native and resident of Lansing, Michigan, Robert has performed at the Oddball Comedy & Curiosity Festival, Bridgetown Comedy Festival, and Laughfest where he was a participant in the Best of the Midwest Comedy Competition. Robert’s comedy albums, “Achievement Unlocked” and “Attempted Salvation” are available on Apple Music, Google Play, and Amazon, and Attempted Salvation can be heard on SiriusXM Radio.

Brianna Blackburn
Brianna Blackburn is a comedian from Grand Rapids. She has quickly become a favorite comedian in the Michigan comedy scene with her amazing ability to relate to any crowd. She has opened for people including Tony Hinchcliffe, Josh Wolfe, Donnell Rawlings, DeRay Davis and more.

Jeffrey Ford
Born and raised in Detroit, Jeffrey Ford is one of the most talented comedians working in the city today.

Mike Boone
Although his content has deep social and cultural analysis, your first impression of comedian Mike Boone will be the whimsical silliness he brings to the stage. Throughout his career telling jokes his own goofy giggles are what carry his punchlines through. Life is silly, and he’ll only ask you to take him as seriously as he takes himself. As a stand up he has never failed to delight and challenge audiences.

Alaina Bamfield
Alaina Bamfield is a Michigan based comedian that has quickly made a name for herself and the Michigan and Midwest comedy scenes. Performing regularly on stages such as the Ann Arbor Comedy Showcase, Mark Ridleys Comedy Castle, Summit City Comedy Club (IN), and The Comedy Bar (IL). Alaina brings razor sharp wit with the force of a sledgehammer, leaving audiences in stitches. Participating in multiple festivals such as the Savage Henry Comedy Festival 2021 and StoopFest 2022. Alaina has opened for comedians Tom Thakkar, KVON, Ron Taylor, and Chris Barnes.

Michael Bussler
Hailing from parts unknown, Michael Bussler, a.k.a. “Iron Mike” is a comedian you don’t wanna miss. He’s worked with Brian Posehn, and Mick Foley. He’s also performed at Laughfest, and is the Second Funniest Person in Grand Rapids. When Iron Mike is in town you better be around!