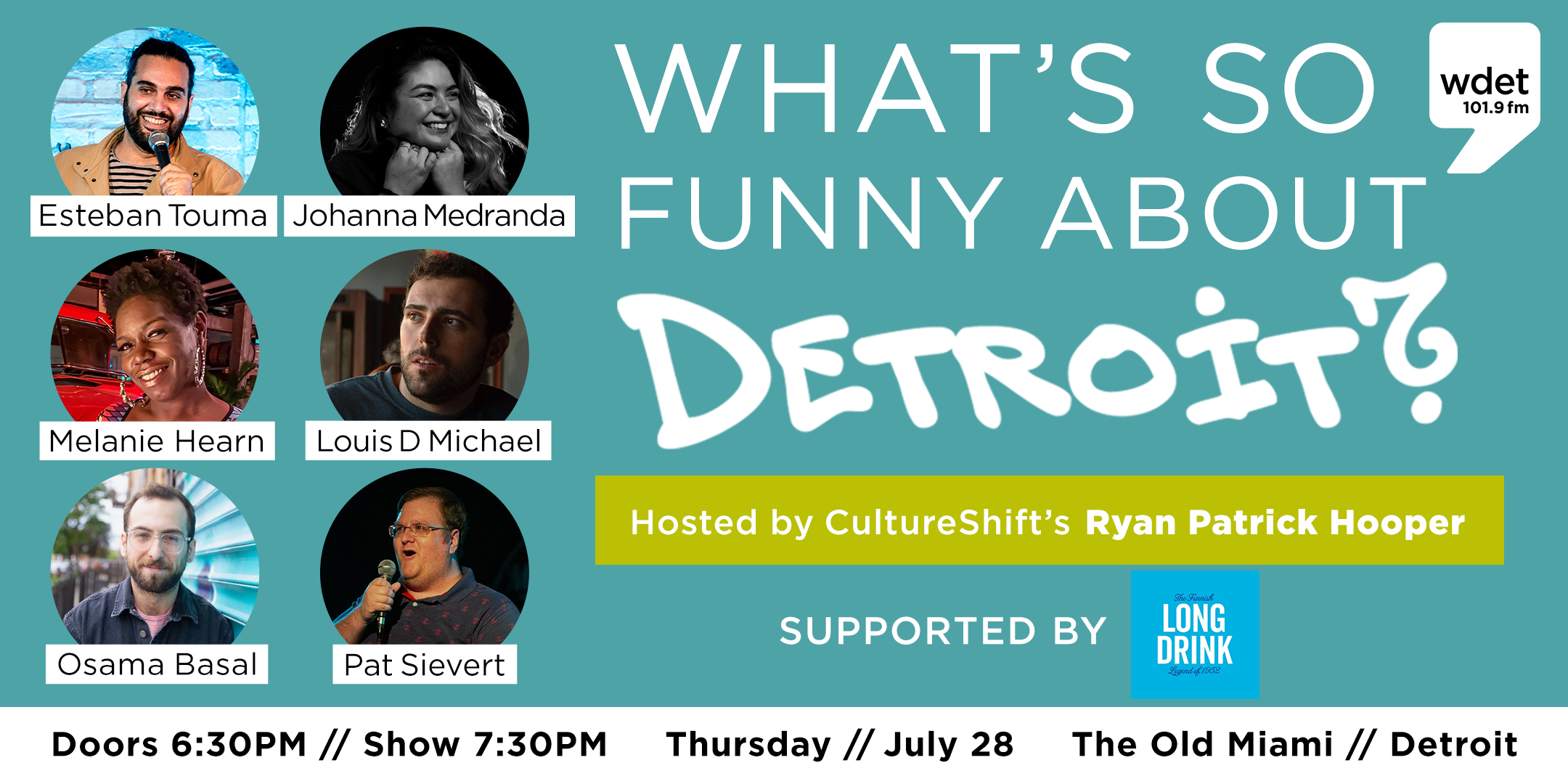 The WDET comedy showcase What’s So Funny About Detroit? is back, supported by The Finnish Long Drink!

Tickets are $25 per person. Tickets can be purchased in advance online right here. Walk-up ticket sales at the venue are available *if the event is not sold out*

This event will be held in the gorgeous backyard of the Old Miami. Please dress appropriately for the weather. In the event of rain or severe weather, this event will be canceled and your tickets will be refunded.

This event is BRING YOUR OWN CHAIR and/or BLANKET. Think of it as a comedy picnic in Old Miami’s gorgeous backyard. Mizz Ruth’s Grill will be on-site cooking up delicious food for you to purchase. Check out the menu here.

A part Palestinian/part Latino immigrant from Ecuador, Esteban Touma is a teacher, writer and comedian adjusting to life in the US. His comedy has been featured on Comedy Central, NPR, and The Moth. He has worked with comics such as Judd Apatow, Roy Wood Jr., Mark Normand, Rory Scovel, and Michelle Wolf, among others. Esteban was invited to perform in Clusterfest in San Francisco, at the NBC Second City Break Out Festival in Chicago, and at the Comedy on State “Best of the Midwest” showcase. The U.S. Government officially declared him an “authorized legal alien with a reentry permit.”

Melanie Hearn
Melanie is a fast rising talent on the Metro Detroit comedy scene, is a native of The “D”  and has always enjoyed entertaining people. As a graduate of Bill Bushart’s comedy class at the world famous Mark Ridley’s Comedy Castle earlier this year, Melanie has hit the ground running. She has been sweeping the scene as Winner of the “Jumpstart your Comedy Career Contest” at Joey’s Comedy Shop, recent winner of The “Big Money Contest” at Laff Tracks Comedy Club and Finalist in the Woodward Comedy Competition. Such opportunities have afforded her the opportunity to emcee across the state and open for nationally known comedian Mike Bonner. In just a few short months Melanie has made her presence known around town for her versatile mix of realism and sass she’s just as nice as she is naughty. Melanie delivers a fun high energy show that really gets the crowd involved in her act. A local favorite across the Metro Detroit area, Melanie continues to hone her skills at open mics across the state. Melanie can be seen performing at comedy clubs, bars, corporate events across the Midwest

Osama Basal
Born in Syria, Osama Basal is an immigrant in the United Arab Emirates for 16 years and an immigrant in the United States for over a decade. Never found a place to call home so he finds solace on stage. Osama offers a unique and hilarious perspective on everyday interactions we take for granted. Taking care to set up his perspective, while utilizing his quick wit and sharp observational humor to paint a picture of what it is like to be a refugee living in America. Presenting a unique view into his family, dating life, politics and his daily adventures!

Johanna Medranda
Johanna Medranda is both a finalist of the Gilda Radner LaughFest Roast Battle and a fan favorite of LaughFest’s “Dirty Show”. She has played for Bricks & Bridges Comedy Festival, StoopFest, two “12 Days of Grizmas” showcases, two of NPR’s WDET “What’s So Funny About Detroit?” showcases, produced and performed for The Motor City Comedy Festival, and was the first comedian to perform for So Far Sound Detroit. Johanna has opened for comedians Brody Stevens, Liza Treyger, Stavros Halkias, Nicole Schreiber, and Akaash Singh. You may have seen Johanna on the cover of Hour Detroit Magazine, featuring at The Milwaukee Comedy Festival, Mark Ridley’s Comedy Castle, The MadHouse Comedy Club, and the infamous Bonnaroo Music & Arts Festival. Outside of performing stand up, Johanna is the co-founder of Honorary Mentions Comedy, a producer for The Independent Comedy Club, 313 Comedy, and the host of Each Other’s Mothers podcast.

Pat Sievert
Pat Sievert sees things in a way you’ve never considered, but it’s a perspective you’ll never forget.  Based out of Lansing, Michigan, he’s quietly become a fixture in the midwestern underground comedy scene.  He’s honed his charmingly quirky, wickedly funny material with diligent road work, appearing at festivals across the country (Whiskey Bear, Motor City, and Savage Henry to name a few). In 2019 Pat won the prestigious Funniest Person in Grand Rapids Competition and recorded his debut album “I Do What I Want Now”.  Whether it’s an indie DIY show or an A-list comedy club, Pat is a refreshing new voice that stands out from the crowd. 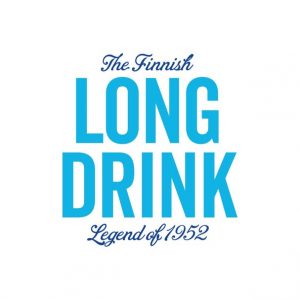