Something happened about two years ago that almost never happens in American life. People locked themselves in their homes to protect themselves and others from a deadly virus. 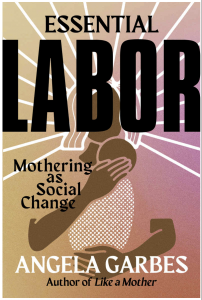 When that happened, it caused a cascade of problems for many. But parents and mothers particularly were locked inside with all the duties of child care and fewer people and resources to help them.

It was during this time that writer Angela Garbes published an article about what women and mothers lost during the lockdowns. That article went viral and eventually became a book titled “Essential Labor: Mothering as Social Change.”

WDET’s Sam Corey sat down with Garbes to discuss what mothering is, the credit it deserves but rarely gets and how raising children is a communal activity and should be reoriented to reflect that necessity.

Garbes says domestic labor and mothering are necessary for the prosperity of American life, and is “work that will never go away.”

“I believe raising children is a social responsibility. When we invest in children, in families, we’re really investing in public health, in the future of society — and that takes so much more than just a few people.”