This week, a Russian soldier pled guilty to killing an unarmed civilian in the first war crimes trial since the invasion of Ukraine in February. The trial was carried out by a Ukrainian prosecutor, with an International Criminal Court investigation still under way.

Photos of this, and many other events, have kept the world informed of the devastation on the ground as Putin’s invasion continues.

Documenting war through photos is a tradition that dates back over 150 years. While the rise of social media and camera phones allow individuals to record their experiences on the ground, traditional photojournalism continues to be important in documenting and telling the stories of the war. 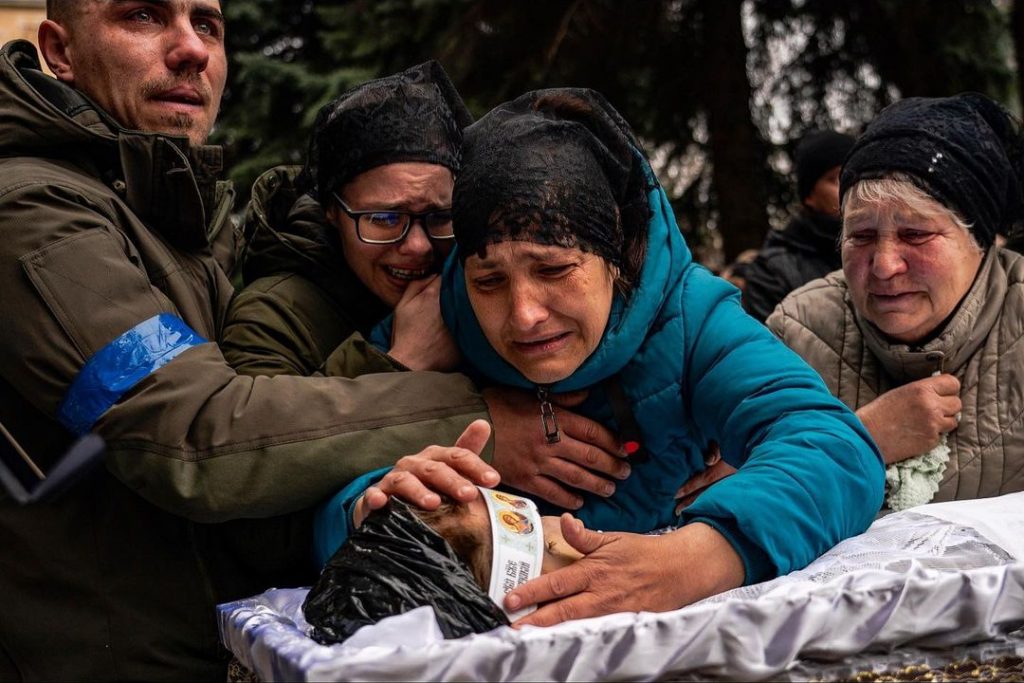 “They’re already going through one of the worst days of their life, and that’s the last thing I want — is to add to that.” — Salwan Georges, The Washington Post

Listen: A photojournalist and an author discuss the role of photography in telling stories of war.

Salwan Georges is a Pulitzer Prize-winning photojournalist for The Washington Post who has been working in Ukraine. He says although it’s his job to tell the stories of the people on the ground, he is always sensitive to the difficult time they are going through. 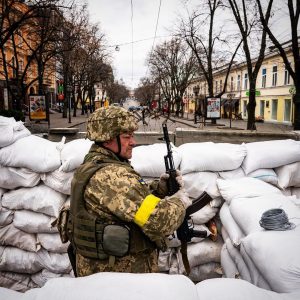 “I try to, kind of, spend some time with the people before telling their stories,” says Georges.

“They’re already going through one of the worst days of their life, and that’s the last thing I want — is to add to that. So our job is to go spend time with people, getting them comfortable a little bit, and tell their stories to the world.”

Jen Schradie is a professor and author of the book “The Revolution That Wasn’t: How Digital Activism Favors Conservatives.” She says traditional journalists are even more important in the age of social media because it’s difficult for an individual to sustain public concern by themselves.

“Digital activists, in particular,” says Schradie, “who are really able to sustain high levels of digital engagement are part of movements that are organized, that are resourced, that have a division of labor. And if we just rely on individuals…we’re not really going to be able to sustain our ability to engage with social injustices around the world.”